In the Christian Identity movement research we have seen that Odin was for the Nordic Israelites (Lost Tribes of Israel) what Moses was for our forefathers in captivity in Egypt, Odin leading them out of the Assyrian captivity, from Caucasus to the North, as Thor Heyerdahl traces those tracks in his last book before he died.

“Americans don’t recognise that a Norwegian discovered America long before Columbus,” says Mr Aas. Indeed, almost 500 years before he left for the New World, a Viking ship steered by Leif Eriksson crossed the Atlantic and reached North America, where the Norsemen remained for one winter.» Source

Did you know that all of Europe’s Welfare States and upcoming in USA orgin goes back to the Vikings, that the social concience ORIGIN is in Norway, but it have been perverted? Everbody wants some sort of ‘welfare’ (free lunch), but it is NEVER nice when the perverted Welfare State is becoming tyrannical. The challenge is to see the difference. Many in favour of the ‘Welfare State’ – the powers of man, instead the Government of God, have contributed to this brutal system of power and degradation of the human life, living under the iron fist of the socialists, accepting the image of the Beast, they have taken the Mark of the Beast and worship man (powers) more than God. And like sheeple they are led by the nose to the slaughter (Matthew 15:14).

If we ask for ‘welfare’, we got ‘welfare’. The definition of ‘welfare’ is disputed. And many more do not realize it is the perverted Welfare State that will bring civilization of the Lost Tribes of Israel to it’s knees and selfdestruct, carefully planned and implemented to do.

Eustace Mullins: «The greatest error which citizens can commit is their feeling of panic and loss, that they have «lost» something. we Americans have certainly been robbed, but we still have everything that God gave us. The only mistake we can make at this point is to continue to follow the thieves, believe the liars, and give allegiance to the traitors- These criminals can no longer hide behind their elaborate masks’ Their deeds have exposed them to all of us. We have only to look upon them, to see what they are, and to resolve that never again will we be duped by such shallow and transparent tricksters. Americans, the hour is yours».

They called it Vinland.

The founding of New JerUSAlem didn’t start then, much later:

There is evidence of 1776 (year of USA Constitution) is the incorporation of New JerUSAlem, the promised land, where all the tribes of Israel was re-united in the USA, as they migrated to USA to get away from the evildoers and evil rulers in their Old Countries, where they was re-united in JerUSAlem at July 4, 1776, after 2520 years in diaspora (7 times), EXACTLY as promised in the Bible.. free to worship Israel-Jacob’s God and the practising of the Christian gospel as they should, and not as the power brokers force them by laws contrary to God to do.

Sodomites use brute force of Law to be included in the Christian congregation, and ultimately defile it.
http://washingtontimes.com/news/2016/jul/1/christianmingle-loses-lawsuit-must-now-include-gay

“Clean” and “unclean” were concepts very familiar to those under the Old Testament Law (Leviticus 10:10 ). God called His people to separate themselves from the impurities of the world. The principle of being clean crosses into the New Testament as well, with the idea of living spiritually pure (2 Corinthians 6:17) and seeking to be holy, living a life worthy of our calling (Colossians 1:10).

«Then Peter and the other apostles answered and said, We ought to obey God rather than men.” – Acts 5:29

But the Seed of Satan, the Caananites (Hiram, king of Tyre, sends cedar, carpenters, and masons to build David’s house, and the occultist Salomons Temple, who Ezekiel prophesise against in Ezekiel 26:4, 14). and the Edomites (calling themselves ‘Jews’) wants it different, for all of us to adopt the doctrines of men. Esau still hates Jacob. They want to destroy Jacob-Israel. Jacobs Trouble have just started. The end time fight is on. Obadiah 1:18 and Revelation 2.9 and Revelation 3.9 tells us who will ultimately win. The Freemasons is used as useful idiots of the international Jewry:

In the times when the peoples looked upon kings on their thrones as on a pure manifestation of the will of God, they submitted without a murmur to the despotic power of kings: but from the day when we insinuated into their minds the conception of their own rights they began to regard the occupants of thrones as mere ordinary mortals. The holy function of the Lord’s Anointed has fallen from the heads of kings in the eyes of the people, and when we also robbed them of their faith in God the might of power was flung upon the streets . . . . (Protocol 5:3)

In all corners of the earth the words “Liberty, Equality, Fraternity,” brought to our ranks, thanks to our blind agents, whole legions who bore our banners with enthusiasm. And all the time these words were canker-worms at work boring into the well-being of the goyim, putting an end everywhere to peace, quiet, solidarity and destroying all the foundations of the goya states. As you will see later, this helped us to our triumph: it gave us the possibility, among other things, of getting into our hands the master card – the destruction of the privileges, or in other words of the very existence of the aristocracy of the goyim, that class which was the only defense peoples and countries had against us. (Protocol 1:26)

The Perversion of the Welfare concept of the Vikings, welfare goes wild, developed into a tyranical power class of the State welfare business. The concept was originally the Biblical to take care of widows and orphans, now ALL is taken care of by Big Nanny.

«Welfare originated among a people whom we might consider to be the last to be interested in such a concept, the ancient Vikings, who have popularly been portrayed in the history and literature of many nations throughout the world as bloodthirsty pirates. The Oxford English Dictionary tells us that not only is there no Latin or Greek root for the word «welfare», because they never envisioned such a mode of existence for any group within their realms. It was the Nordic people who gave us both the concept and the word for welfare. ft comes from the Old Norse word, velfard, which appears in later derivations in the Swedish and Danish languages.

What did welfare mean in Old Norse? It meant just what it has meant ever since, a leave-taking, a fare thee well. Its secondary meaning is one of abundance and good cheer, desired for you by those who wish you well. And, in fact, the original meaning of welfare as it now applies to the personal liberties of the American people ironically beam out that Old Norse concept of good-bye. For Americans, the Welfare State means good-bye to personal liberties; good-bye to personal property; and good-bye to a personal future in an impersonal bureaucratic Welfare State. The individual can have no future in a state in which he cannot build up a private fortune, or leave any property to his heirs. The result is that the Welfare State itself has no future, for if the individual citizens have no future, then inevitably that state must fall.
()
This cruel state is the ultimate perversion of the ancient Nordic concept of welfare, which originated in the social consciousness of this people, and in their determination that no one in their nation should be in want or go hungry, as long as anyone had food to share.

Eustace Mullins; The Great Betrayal. The General Welfare Clause of the Constitution
http://www.eustacemullins.us/wp-content/works/Books/Eustace%20Mullins%20-%20The%20Great%20Betrayal%3b%20The%20General%20Welfare%20Clause%20of%20the%20Constitution%20(1991).pdf

The ‘welfare’ for our own people, now have been perverted into the welfare of all the Worlds populations, according to the socialists aspirations.. not beeing we take care of our own, but the luciferian United Nations (UN) Oneness, ‘One nation, One Race, One People’.. a Jewish concept… by the talmudic kabalah gnostics promoting the ‘Universal’ before the national, entusiastic assisted by the luciferan lodges of Freemasonry, what the Jews have decieved to believe they are ‘spiritual Jews’, while as per Jesus’ teachings if you are spiritual Jew, than you have become a Christian (Romans 2:29).

Mullins: «I did find, in one phrase of this great document, words which reflected the highest aspirations of the Founding Fathers, a phrase which occurs in the Preamble to the Constitution, and which appears again in Article I, Section Eight. This phrase is «the general welfare». It would be difficult to read into this phrase any ambiguity, or any opportunity for demagoguery, and yet such purpose was found. In this book, we have a dual purpose, first, to explain how ruthless men adopted this phrase to further their great conspiracy against America, and second, the techniques which they employed to incorporate this phrase as the very keystone of their Welfare State, a creation which they intended as the replacement for the free Republic of the United States. From the powers derived from that overthrow, they confidently anticipate that they will now initiate what they fondly refer to as «the New World Order».

There is only ONE people that proved to be ‘light to the nations’, civilizing the savages and barbarians, that is the Caucasians, bringing Israels God and the Gospel of Jesus Christ to all the World. Job well done by our forefathers. While this generation is lost, we might still seek grace of God by the works of our forefathers. While the salvation is by faith, there is requirements to stay in closeness of God, if there is no fruit of their labours, the blessings will be given to another people, bringing forth more fruits (Matthew 21:43).

Mulins: «.. it was the Nordic people who first exhibited such a social consciousnessa, and who coined the word for welfare, the well-being of all, as contrasted to the lone well-being of the individual. Socialism, with its compulsory «sharing» insists that personal assets must be confiscated, so that they can be redistributed to those in need. It has became a truism that in this process, the Welfare State retains and consumes the lion’s share of the confiscated assets, so that very little trickles down to those who need it. Thus Socialism becomes a perverted form of a genuine feeling of social consciousness, which we see in its most virulent form, not in the Slavic or Oriental countries, but in the Nordic nations. It is Sweden, with its cradle to the grave form of Socialism, which exhibits ev ery excess of the Socialist philosophy today.» 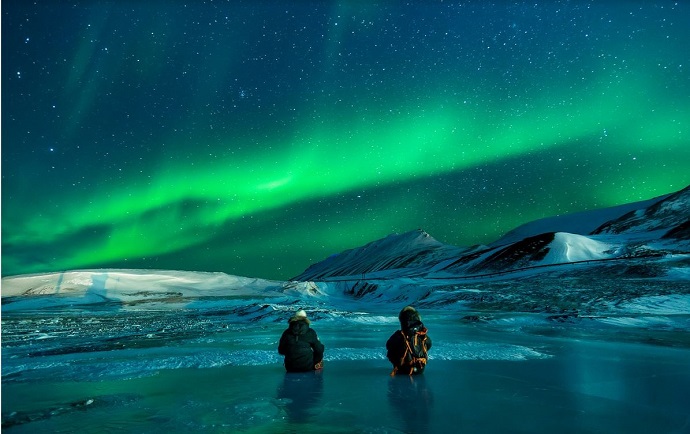 That is what is about to happen now. The ‘Light from the North’ lost (temporarily) for the satanists hijacking their social concience for their own evil agendas. God placed the colors of the rainbow on the heaven as a sign of his Covenant with this peoples.

US Gov. Says Farmer Broke the Law By Plowing His Land
http://wearechange.org/us-gov-says-farmer-broke-law-plowing-land/

Where will Abrahams, Moses, Jacob-Israels and Jesus’ God bring his people next time? Not so many places to go for refuge from the evildoers. Will all the imposters calling themselves ‘Jews’ (Rev. 2.9 & 3.9) in Israel be annihilated, and we’re to return to the Middle East, to the ancient lands of the Israelite tribes?

Pray that Israels God have a plan for His people also this time, free them from the tyranic leadership in ‘Egypt and Sodom’ (Revelation 11:8), the New Babylon.

The majority, oppressing an individual, is guilty of a crime, abuses its strength, and by acting on the law of the strongest breaks up the foundations of society.