Is it «a leader» (the ‘One’) or is it a group of antiChrist leaders the Bible predicts? In order to fake they are Jesus Christ, the edomite Jews in power of the World with their HQ in Middle East political Israel, have to take on the positions as «peace keepers», when the opposite is true. The world have never seen a more murderous bunch. That is why God will ultimately extinguish them (Ob. 1:18).

Title image: Jesus’ triumph, rides into Jerusalem on a donkey.

Many will be surprised, that the antiChrist «peacemakers» by some is called «gods’ chosen people…. when they turn out to be Satans Chosen People instead… (Rev. 2.9 & 3.9). Children of lies and deception, ref. John 8:44. Jesus word on the Endtimes when he will return: «Do NOT be deceived» (Matthew 24:4)

People all over the world is scared by «there shall be famines, and pestilences, and earthquakes, in divers places.” and «wars and rumors of war» Matthew 24:6,7, people are scared to death now. They will believe everything satanic Jews of the Beast tells them, those who started all of it for their own sake and for their own profit (vaccines), behave as and deceive mankind they are ‘Saviors’ of anything, from the endless «crisis» made for the circumstances and in favour of their New World (antiChrist) Order (Climate, Covid, War – ‘crisis’); The Great Reset.

They need the Ukraine false flag to establish themselves as the «kings of peace». People will lick their feets, that they took steps and was «successfull» in «peace deals» that avoided a 3rd World War. It is a show written by jewish Hollywood producers, to be performed on the world stage. Jesus last word: «Do NOT be deceived» (Matthew 24:4). About like stupid people make a hero out of the cokehead Volodymyr Zelenskyj [3]. Media is having a fantastic success making lies and deception looks true.

«The Great Bear from the Northland has risen from his sleep.
And the army ranks in red are near two hundred million deep». (Johnny Cash [4])

«The Whole World deceived» (Revelation 12:9, 18:23), CHECK/TRUE. Started with «climate-hoax», further with «sorcery» (vaccine hoax). All is for their profit and deceptions, making of ‘crisis’ in the perception of people, to make them scared, and behave as the ‘Master Race’ wants..

Hoseanna, hoseanna. the King of Peace rides into Jerusalem on a donkey. Humble King of Peace rather than a warlord who will come on a horse, ref.. Zechariah 9:9. Riding on a donkey – not waging war. War is at second coming. Now coming as Saviour. Mark 11:8-11

“Jesus is depicted as the humble shepherd-king of Zech. 9:9, who comes to the Holy City to take his rightful place. An early messianic prophecy speaks of a rule from Judah, who, riding on a donkey, will command the obedience of the nations (Gen. 49:10-11).» (Kilde [7]).

Jesus gave the Babylonian talmudic «Beast» – edomite Jewry – a deadly wound on Calvary, on the cross; Thunder and lightning, the veil of the temple broken, etc.

«One of its heads seemed to have a mortal wound, but its mortal wound was healed, and the whole earth followed the beast with wonder». – Rev. 13:3

Healed after 2000 years. Revelation 20:3 says they will be loosed for a little while more, after the 1000 years Jesus Christ have been king of Kings on Earth, in Norway [8], got that role:

«and threw him into the pit, and shut it and sealed it over him, that he should deceive the nations no more, till the thousand years were ended. After that he must be loosed for a little while.«

Jews came from all of the World to occupy Jerusalem, the Holy City (Zionism):

«They marched across the breadth of the earth and surrounded the camp of God’s people, the city he loves«. – Revelation 20:9

They hijack Jesus seat of power and Lord of Jerusalem:

«who opposeth and exalteth himself above all that is called God or that is worshiped, so that he sitteth as God in the temple of God, showing himself to be God». – 2 Thessalonians 2:4

Jerusalem got new kings and lords…, new kings of peace on the Throne next to on the right hand of God, Donald Trump gave them ownership, Jesus Christ deThroned:

«On December 6, 2017 President Trump formally recognized Jerusalem as the capital of Israel and stated that the American embassy would be moved from Tel Aviv to Jerusalem. « (Wiki)

All the world is afraid of nuclear World War 3. Than a jewish cokehead comedian as president made the top of the Worlds heroes by the mass propaganda media (the «cokehead» Nobel Price candidate).

George Webb – Investigate Journalist on Twitter: Breaking down Ukraine- let`s start with Zelensky`s $35M mansion in Sunny isles, FL built by Kolomoisky and Pinchute. $1.3B in the bank!

Reverse migrantion back to their national homeland of Khazaria…
https://blogs.timesofisrael.com/leaked-report-israel-acknowledges-jews-in-fact-khazars-secret-plan-for-reverse-migration-to-ukraine/ [9]

There is new «kings of peace» in town, in the Holy City, as in Ukraine: 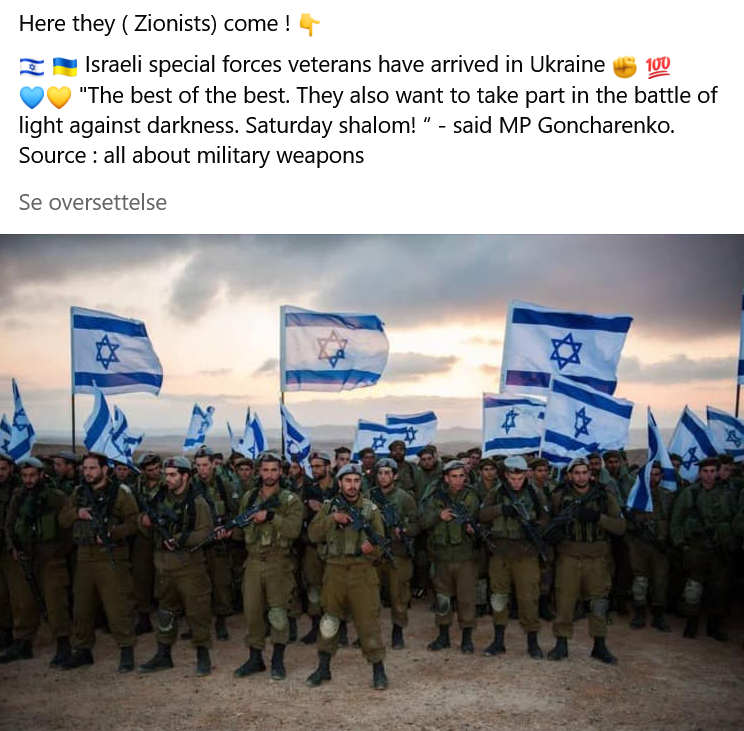 Israeli leader Naftali Bennett takes on mission to broker peace …
https://www.thetimes.co.uk/article/israeli-leader-naftali-bennett-takes-on-mission-to-broker-peace-for-ukraine-br6ktslbc [12]› article
11. mar. 2022 — Since then, he has led a round of frantic diplomacy between Putin, President Zelensky of Ukraine and allies in Europe. The Times has learned …

The Throne in the Holy City is for the time beeing hijacked from Jesus Christ. He won the Throne 2000 years ago. What will His answer and his anger when he come on HORSES (wage war) this time to wage wars against them hijacked his title He earned; King of the World, ref. Zechariah 9:9.

If there is a Great Reset, it is to reset BACK from what askeNAZI Klaus Schwab, Bill Gates & George Soros et al have done. They are hijacking all the political powers of the World, in a VERY anti-Christ fashion, this satanic Jews will «command the obedience of the nations» (Gen. 49:10-11).

New International Version
«The scepter will not depart from Judah, nor the ruler’s staff from between his feet, until he to whom it belongs shall come and the obedience of the nations shall be his.»

That means it is Jesus Christs who should have the «obedience of nations». Not Klaus Schwab, Bill Gates or George Soros. They will be exterminated.

Edomite Jews. You are thieves of powers, thieves of the Throne, thieves of money, thieves of everything. There is absolute nothing you «own» you have not stolen from others by lies and deceptions (John 8:44).

It is a pity for the edomite talmudic Jews, that I still live to tell. Remember satanic Jews (John 8:44), next time he is coming not on a donkey for peace, but on a HORSE – for WAR, coming after YOU, the rumors of all your evils have reached into Heaven ! :

Johnny Cash – Matthew 24 (Is Knocking At The Door)