I just wants my readers to note something. Our people is dumbed down, deceived, lied to and led astray by corrupt political ledership. As the foremost «antisemite» in Norway (I am proud of that fact, in the definition they give it – anti-Satanists), claiming Christian and Jews who are Zionists are neither Christians nor Jews, not even neccessarryly semites at all, can be askeNazi edomite Khazar Jews, sons of Esau (Romans 9:13), most of the godless people in Jewry is.

Those who have the Spirit of Christ, they will recognize others who have it also. They will speak the Truths of Christs, not the Lies of Satan, as the Synagogue of Satan (Rev. 2.9 & 3.9) within Jewry is doing.

I fully support all nationalists (non-socialists), icluding Israel. The political national State incorporated politically, nothing to do with the Bibical God.

I fully support all people of the Earth to have their own nation. Satanists – Jews as Gentiles, today try to make a New Babylon of all the World. Will end in catastrophe, becaus it is not the will of God, only the will of Satan, Satan CORONATED as the king of the World (Rev. 20:7). All people, including Jews, should be entitled to live behind secure borders in their own nations with their own families and kinsmen.

I notice some strange thing lately. That most people I follow is Jewish Christians. It seems to me that most people who really get INFUSION of the Spirit of Jesus Christs today, is Jews. They might easily be leaders of the new Christ movement. How fantastic is that. The grand-grand–grand-grand children of the Jews that got Jesus killed, and would not recognize Jesus as Messiah, they will today get the Spirit of Christ, if they want or not, because the Bible state before we were even born, God decided our positions in life.

In Norway today I can not observe a single pastor, not a single priest or bishop in the Norwegian church who I see has the Mind of God, who sees and thinks about the development of the world, where the world is heading. They help Satan more than helping God. 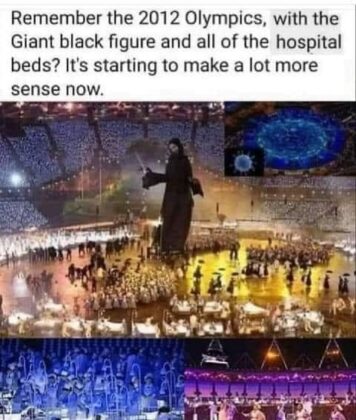 Many messianic Jews ask the right questions, I notice they have «the right Spirit», the spirit after Jesus Christ.

But many of our national Pastors and Priests are instead of helping the messianic Jews, is helping the Satanic jewish leadership of the World as best they can, to implement the «Global Village», cleaning the Middle Easts ‘Greater Israel’ for all others than «Jews», send them our way instead.

This is our brothers and sisters; In Christ.

Israel’s Messianic Jews: Some Call it a Miracle – CBN.com

Isn’t this fantastic people – what happen in Israel ?

Like Paul said; «Jesus lives in me». Jesus lives today in many Jews also.

When we Christians do and say it is not necessarily ourselves who do or say it, it is Christ in us, in the converts, those who have crucified their own, and let Jesus Christ take over our physical manifestation, we have been born again, become One, with Christ.

It is wonderful to see that works for many others, and thus a multitude of Jews, who are not seduced by the satanic Corona powers in the World.

Than I have more in common with this people than with my fellow godless and coward Norwegians.

ONE FOR ISRAEL Ministry
383k abonnenter

Henry Makow, always at the throat of the satanic conspirators.

The 25 years I have know Henry Makow, he is not a traditional Christian, but he for sure knows a lot about the satanic conspiracy against God and man. I believe God will threat him well, as one Righteous, to be of the Spiritual Seed of Abraham righteus consciousness.

Anna Kaith is of Russian and part Jewish descent.

I have followed her since since she was a great supporter of Donald Trump. Donald Trump was and probably never will be any Christian. But everything he did, was SYMBOLICALLY to represent Christian values. God needed to make a way for all humans in the World to chooose between good and evil. All of us choose our choice of good, against evil. All of Bidens children is married to Jewesses, so is Trumps children. Not much difference, only is in their representation, who they symbolically represents; God or Satan. The Satanic representation is in power today.

The World is a stage, and they are both President candidates are mere actors God is sending so people can make their choice. Most is making the wrong choice, their problem. God is in Control. It will everything be fine as the Will of God directs.

all the right and correct instincts. The Spirit of Jesus Christ is obviously present.

«Michael is invited to military bases to speak to the soldiers of the importance of defending the Jewish State from a non-Jewish, Christian perspective.»

Jesus wants ALL nations to have His Spirit, and be ruled by that Christ Spirit. Satan wants all nations as One World (no nations) to be ruled by him, by his luciferian spirit.

I fully support Michaels case, and Israels right as per the political right from UN, NOT FROM GOD, there is no such right from God for fraudsters to impersonate the Israelites, they are not even Jews most of the people living in Israel, but a nation of their own, I want all to have, and I want them to respect that I reserve the same right as a God-given right given by God for norwegians.

I want Jews like this to burn in Hell, forever.. that is Righteous judgment.

God is no lover of any globalistic New World Order. Satan is. God created the nation states for a purpose, after Babylon. Different languages, different cultures, so Gods own Culture should PROVE the BEST …

The satanic Jews and me is at War, they attack my CHRISTIAN nation Norway, and my right to a nation. God is my General, Jesus is doing the fight in the war for me. I just wait and see, and describe what I see, for the exposee and shame of the satanists (if they have any shame at all).

Jews – Antisemites – ONE in Jesus Christ = The Holy Trinity. God’s Chosen People. The One and Only.

I do not know his relationship to the ONE and ONLY Messiah, but he is honest. That should be attributed him as Rigthteousness (as the Spiritual child of Abraham).