We Israelites of Jacob-Israel – the white race – created Europe, we created the USA. In 1928, the book «The Passing of the Great Race» (1916) was published in Norwegian. It was written by the American Madison Grant, and described Scandinavia as the very urn for the development of civilization in the world.

Ezekiel the prophet called it «Light from the North» (Ezekiel 1:4, Jeremiah 23:19) – aurora borealis, as above so below. Godly Lives Matter. Satanic haters of all or any races deserves nothing else than to be wiped from the surface of the existence, into the dustbin of spiritual history; Hell. Where Christ told His People to be Servants if to rule (the christian ruler model, Luke 22:26, Matthew 20:26, Mark 9:35), there Satan tells the Jews to be Rulers (Herodian principle).

The Black People of the World will have a choice to follow the Jewish way of Hate, or Jesus Way of Love, in the New World Order of the antiChrist Great Reset the Synagogue of Satan (Rev. 2.9 & 3.9) implement as we speak. Put the Jew in power, and you will have tyranny.

But first the Black People must find out what is lies and what is truth. The people of the white race brought to all the worlds nations and peoples the gospel of Christ. I am proud of that fact my forfathers heed the Order of the Boss above «Go rather to the lost sheep of Israel» (Matt. 10:6), when the Jews declined his offer to save even them. Jesus of course knew beforehand that the evil breed of Esau (Jeremiah 50:6) will decline Him (Matthew 15:24). The Israelites of Jacob, the white race, brought Christ to all the world, and the saving grace that qualify all races under the sun for eternal life. No Jew did that for them. For that we can claim; «It is finished». We did as we was supposed to do (Luke 24:47).

I am very thankfull to my ancestors. You did it! Thanks. We can live, and we can die in the knowledge we as a nation, as a people, took our responsibility to the Israelites God that was saving us out of Egypt, further out of Assyrian captivity, to our home in the wilderness almost at the north pole, difficult living conditions we endured for our freedom, the urge to be free from pharaos and opressive satanic kings – jewish or otherwise, we did it !

So far, so good. Is it over now? Will we loose ? The Bible say no. We will not loose. We will win. In the end. The heathens and the Jews will learn the hard way ‘The Way’ of Christ: Peace, Love and Good Will to all Men (what the Jews lack in empathy, they care about themselves and their own business first, always). The edomite Jews (House of Esau) destroy Europe, the Jews destroy the USA. They have planned and put in motion a climate swindle and a covid swindle in order to bancrupt our economies, utlimately they will crash our economy, so we all will need to live on their usury business. If they will not be able to destroy our race by race-mixing, miscegenation, they will DNA-maipulate our race out of existance by vaccine DNA-tampering. Until God will take action, and put all the evil Jews of Edom to rest as promised (Ob. 1:18) we must endure. «Those who hold ou to the end will be saved», the Bible states. The talmudic satanic edomite Jews keep all positions of power in the world today – there is not any christian nation left any more, they have corrupted and purchased all our Ministers and government officials, in all nations under the sun. The proof of that statement is the prima facie evidence all governments read from the same script in the covid-hoax for their sorcery business (Rev. 18:23).

Norwegian politician call the Parliament for the death sentence of evil Jews in the pharmaceutical industry
https://www.riksavisen.no/death-sentence-for-evil-jews-in-the-pharmaceutical-industry/ 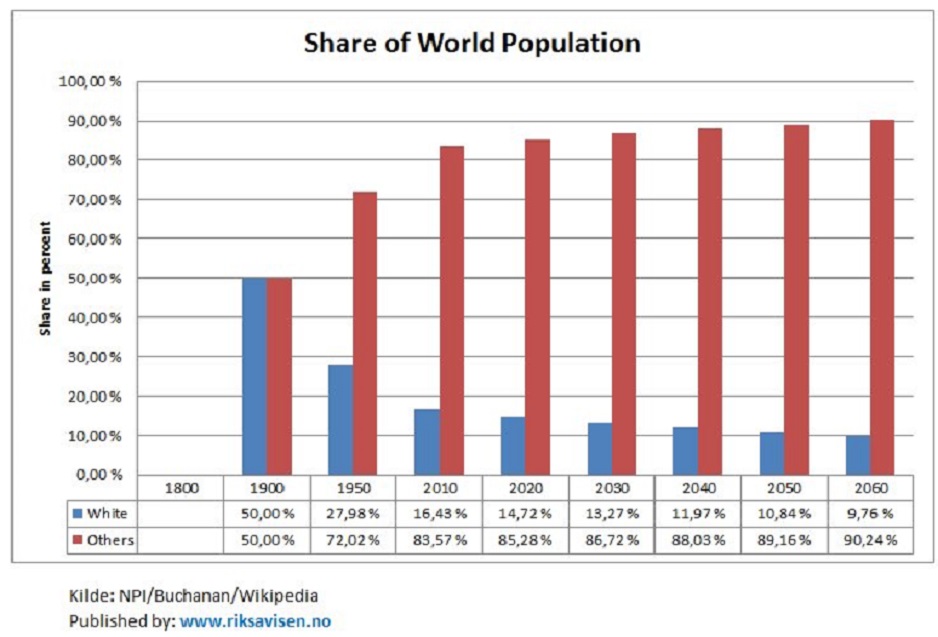 This is ok. Do not worry. Leave the animalistic and satanic jews & blacks alike for themselves, in the Zoo called Planet Earth if they should manage the World themselves («survival of the fittest»-dogma of the animalistics). They are too stupid if they even try to survive life, nobody survive life, eternal death will be their fate. Jesus have prepared a room for us followers of him – who have recieved a new Spirit than our old adamic, a New room, a New Heaven, and a New Earth (John 14:3, 18) for the New Person in Christ. Death is but like a door for the good ones, and lights off for the bad and evil ones. Nothing to worry about. Leave them here, in the Hell they are creating. When God said that the Older (Esau Jews) shall serve the Younger (Jacob-Israel white men) as per Genesis 25:23, he meant it. Jews wants this their way in our time, rebellion; «You shall live by the sword and serve your brother. But when you rebel, you will tear his yoke from your neck». Genesis 27:40. The Jews of Esau rebell against God now in our time. They will come to regret that mistake. Power, money and fame and fortune is good – if not taken by theft.

In the Norwegian preface of the book, Jon Alfred Mjøen wrote:

«The Passing of the Great Race» has taken up for special treatment the race that is closest to our hearts: the Nordic. The race that in America created men like Washington, Franklin, Lindbergh, who in England have given birth to a Shakespeare, a Darwin, In Germany Goethe, Kant, Wagner, and who in Scandinavia have produced Linnaeus, Scheele, Bjørnson, Hamsun, Grieg, Sinding – heroic figures such as Harald Hårfagre, Leif Erikson, Fridtjof Nansen and Roald Amundsen. This race has created our modern culture today. « 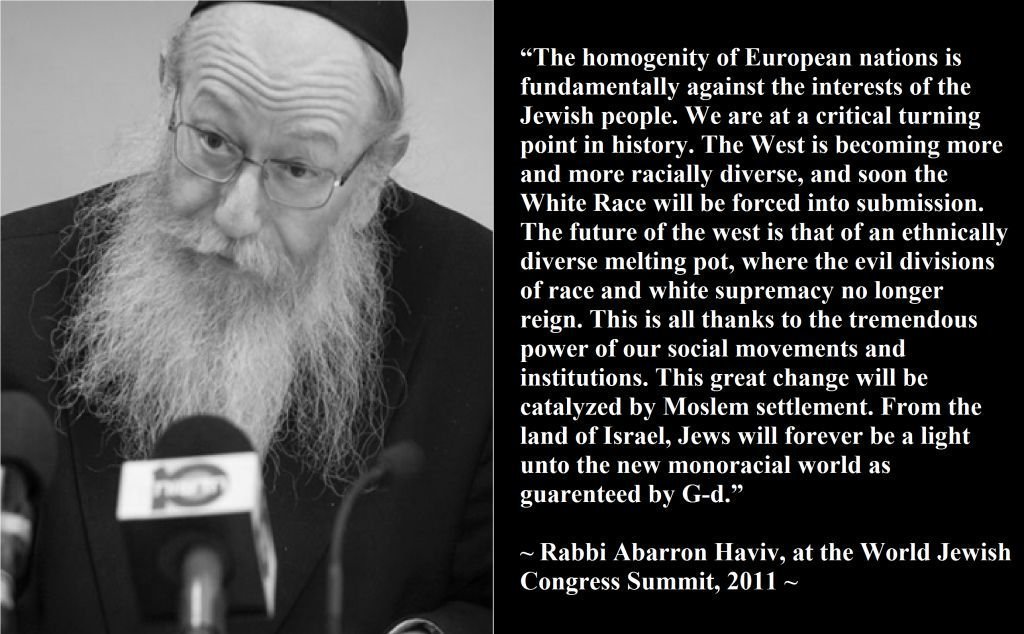 Jacobs Children – the ISRAELITES – is prophesized to have trial and tribulations in the Endtime of the Jews domination over their lives.

And this is precisely the same race against which hatred and racism are exposed in our world today. When we know this, we also know who the Israelites are. (((They))), Jesus Christ’s enemies create BLM, multiculturalism, all that will send that race of Israelites on their final challenge; To clear the world of the nihilists and the Destroyers, as Albert Pike puts it, then Pike would have the Jews as the Rulers of the world, but in reality it will be Jesus who tricks them for the World Kingdom, for what people plan for evil, God will use it for good (Micah 2:1, Genesis 50:20). We who want Unity in Christ for the World disagree, we do NOT want any unity behind the World Kingdom of the Jewish communist utopia of the World, as per the Synagogue of Satans plans. No thanks.

The Song for Jewry replacing Jesus, sings in their hearts (media manipulations):

«US a divided country. Public trust crucial to social solidarity. Retreat from balancing power with legitimacy will cause social contract to disintegrate. Failure could set the world on fire.»

A plan of talmudic conspiracy to create civil war in America was declared by Rabbi Cohen already in 1995:

«We are going to bring revolution to the US. We are about to turn the US people against the US patriots & produce the International Man»

Satan is a Globalist. God is Nationalist (after Nimrods tower of Babel).