Sources of ours, reports that the problem Trump have of getting his second term, is that Israel and the talmudic satanic Babylonian khazar Jews wants to show him that they can do what they want with his election, it is an extortion racket to assure he gives them Iran. They show him in real time their powers, to give or to retract their support for him, IF NOT… For many years ballots was counted by voting macines ‘made in Israel’, maybe they still are. MAGA or MIGA ?

Nobody believes this 49.9 % and 50.1 percent bullshit. Everybody knows that Biden have not more than 30% of braindead fans/voters. Why all this fuzz.. We all know that Presidents are selected, not elected. There is something else behind this. Why is so much problems around who should be Zions Servant this time ?

One thing is that God wants Luke 8:17 to be fulfilled, another is that Romans 1:28 and 2 Thessalonians 2:11 will come true. It will show the Worlds populations who have discernment and not. That all their leaders are satanic and do NOT knosw the difference of right and wrong, good and evil (that is the definition of discernment). God have put a reprobate mind on all the godless satanists (No. There is nothing ‘neutral’ in between). They do not know the difference off good or evil. Most people will accept evil and unrighteiusness as good (not Abrahams children than, who found favours of God for his righteousness).

All this fuzz around the second term of Trump, can be that the Israelites wants to secure he will deliver them Iran on a plate this time, and they have demonstrated their power, to grant him the position OR take it away from him and give the Precidency to whom they wants, Biden or the black housewife. Synagogue of Satan (Rev. 2.9 & 3.9) have all of Satans powers.

But remember. God have some rules, even for Satan (read Jobs Book). #GodWins

Israel have seven nations they have to take out for their Eretz Israel, accordning to the «Swedish jew» General Wesley Clark, before their antiChrist Mosciah is coming according to the talmudic occult maniac rabbies. The Israelis wants lots more than only killing the Iranian Major General Qassem Soleimani for them. They needs bigger favours than that in order to Make Israel Great Again (MIGA).

A war against Iran would be devasting for the whole World. Iranians have never started any wars. They are innocent killings for Baal in case, only evil people kills innocents, civilians.

Moving the unwanted populations in the Middle East to Europe: 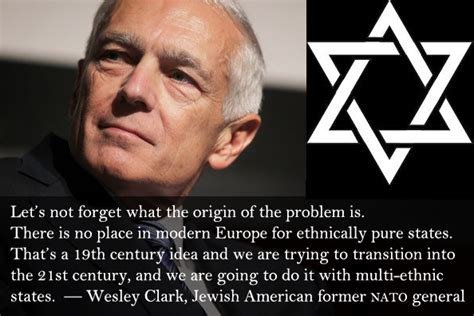 Good godfearing Jews must immidiately come out of the Babylonian maniacs mind control over the Jewish population at large. Start think individually as Christians do, not as a herd, groupthink. If not you set yourself up for a collective punishment by God, you do not even wants me to tell you about.

Like they have all that have been tempted by Satan on the mountain top and said «yes thank you», you give us money and positions in power, we give you your global antiChrist kingdom (secular humanism, world socialism, without Christ, without God). «Thank you Satan», they worship. We will kill, we will poison with vaccines, we will destroy normality and civility for you, we will make the World a living Hell – «Thank you Satan», they worship. «Yes we can», they say, swe can kill, kill, vaccinate, make everybody wear satanic masks, and be prisoners in their own home, all for a lie. «Yes, we can».

Obama – Yes We Can = Thank You Satan

For 8 wars, a bomb in somebodies head every 20 minutes. You get the Noble Peaceprize (?), if you are worshipped as an Egyptian bastard as king/Pharao.

Working for Global Kingdom of Satan
and for Synagogue of Satan (the Babylonians, Rev. 2.9 & 3.9)
here they are, some of them. From Lenin (((Blank))), Trotsky (((Bronstein))) to (((Boris Jonhson))) and (((Macron))) and (((Trudea aka Castro))), there is today not one single individual in power, that is is not in service for Satan, and Satans global antichrist kingdom. ALL have been tempted and said ‘yes, I will» to the pact with Satan and agents in the Synagogue of Satan they report to. 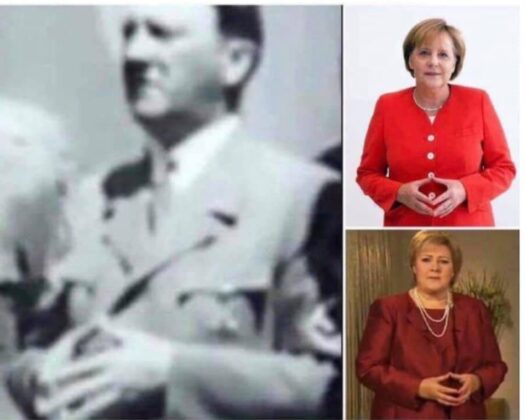 They are not only doing a war against Iran.

It is a war against humanity and the whole World, by biological weapons of mass destruction.

The question is if Biden is the One, who have promised them most assistance in (((their))) endevours to make slaves of the rest of humanity; The Great Reset, and he is the Selected One this time, to do their bidding. In 12 days we will know.

“I am a Russian military doctor, and lived in Russia under communism, until I relocated to America in 1993. During my military service in the Soviet Army, during the late 1980’s, my commanders continually pummelled the cadets with Russia’s aim to transform the western world into global communism. Their plans to do this was not through an invasion of war, but through careful infiltration into governments and universities. In March of 2020, as I watched US governors, one by one, forsake scientific medical rationale and proper pandemic response protocol, and shadow communist China’s unrealistic and harsh responses to the new coronavirus outbreak, I knew the infiltration to transform the western world into communism was in full momentum, and that the Covid-19 pandemic was an utter and complete ruse with which to reset the world’s governments and enslave humanity.” – Igor Shepherd
https://www.stopthevaccine.com/

The chaos created we see today could easily be plannen to end in civil war and disarmament, with Trump in it. We know that is the ultimate goal. America – as a guarantor of the freedoms of the populations of other nations – cannot be surrendered to the anti-Christian globalists – Satan’s world empire – without the Americans being disarmed. Middle East Babylon Israel will never be what Amewrica was. The IDEAL og Christian living in freedom and brotherhood.

There is nowhere to flee if Christian America falls .. there is no one who guarantees the IDEAL of freedom and human dignity … We also had it in Norway when our country was bourgeois and Christian ..
It was the oldest (USA) and the second oldest (Norway) Constitution in the World that stood on the principle of individual freedom and the individual sovereign over the State that was his Servant (Chriostian system), and not his Ruler (Jewish system), but we are struggling now .. «Satan and the Satanists are furious, know his / their time is short» as it says in the Bible (Revelation 12:12). 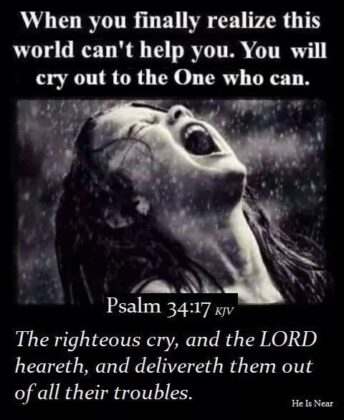 «I cried of disappointment then God said all that is part of His plan to expose the evil and destroy their agenda. He lifted my spirit and said, you need to see in spirit what I am doing for this nation.» – Roseangela

God Will Make a Way (with lyrics) – Don Moen

God Bless the USA – I’m Proud to be an American

Educate and inform the whole mass of the people… They are the only sure reliance for the preservation of our liberty.