And might it be that all Trumps promises was destined to do just that ? Of course he couldn’t jail anybody in the deepstate, not even Killary. They have some #Epstein shit on him as everybody else in American politics. Assange is still imprisoned. It is very important, and it may be somebody’s and many peoples role to spread dystopia and discouragement, sadness and looser feelings.. even some we consider «christian»? But is God having a looser team? Trump lost, not God. God hardly was with Trump to start with.

The love and support Donald Trump gets from his 100+ million supporters and voters, might give him incentives to do them good, and partly stay with his promises to them, in order to keep the goodwill of the masses, and we must remember that God use any person God wants, irrespective if the person is evil or good, holy or carnal, and Jesus Christ have the power to transform any soul, if they have called Him to.

The Donald: the Serpent Seed from the Royal Bloodline/Tribe of Dan
https://www.riksavisen.no/the-donald-the-serpent-seed-from-the-royal-bloodlinetribe-of-dan/

Some, as Kevin Barrett, claim «Trump was always a false flag whose purpose was to discredit populism» (Source)

Do not be discouraged. I see from my lookout point in Norway that Steven and Jana in Israel News Live, a great couple, same as with Rick Wiles at TruNews, all very dissapointed the hopes was not coming true, and they spread a lost case (?). Where is the faith ? Very discouraged because things didn’t go as anticipated, that God will help Trump and the good people to victory.

(((They))) are helping Trump. I don’t know about God, but all of us was hoping God could use a rich man this time (Matt. 19:24). God might never have been with Trump to start with, so why cry over it ? Sad, yes, but shake of the sadness, and get back in the saddle because Gods Kingdom is near. There’s work to be done. Destructive forces, liars and murderers, are in war with Jesus Christ. To «RKepair the World» for them is «without Jesus Christ». When the World is fully antiChrist, the World is repaired in their patological hatefull opinion.

Destruction is the theme of the days now, tikkun olam. Order out of chaos. Create the ashes the Bird Phoenix to rise from from a Corona virus below, when the Jewish Mosciach is to rule the World. Their messianic World kingdom will come true. Jesus Christ detroned.

NOW is the time to be strong in the faith. God WILL re-establish JUSTICE in this World.. through everybody in the church of Christ (all those with the spirit of God, the Holy Spirit, in them), not through one (((controlled))) man.

Isaiah 42:1
«Here is My Servant, whom I uphold, My Chosen One, in whom My soul delights. I will put My Spirit on Him, and He will bring justice to the nations.»

Matthew 12:18
«Here is My Servant, whom I have chosen, My beloved, in whom My soul delights. I will put My Spirit on Him, and He will proclaim justice to the nations.»

A MINIMUM of 100+ million people in USA will now see the injustices, media lies, Government lies, election fraud, and the conspiracies in high places..

Thank the man Trump for helping with that. He did great. He did not do anything criminal. The others did. So no need to be angry at Trump for not doing more.. He is only a man, he is NOT Jesus Christ.. I thank him for his contribution to awaken many, many people.. (I have written 800 articles in 20 years, he did more in one day than I did in 20 years to awaken people).. God use even evil and godless people for His purposes.

Trump get so many to repent from their trust in Government for example, biggest sin to think that satanists in Government can build the Kingdom og God on Earth. They hope so:

YOU must do it, not Trump. He was doing this: 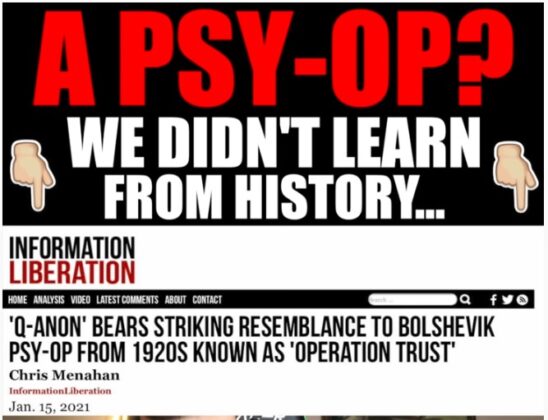 Remember what Albert Pike said in his letter to Mazzini. All masons connected to the mother rite of B’nai Brith of ADL is regarding themselves to be ‘spiritual Jews’. Even those pretend to be Christian amongst them. They are proud to be ‘spiritual jews’, but ashamed to be Christian, they are not allowed to mention Jesus Christ in those lodges. Only an «universal god» (satan). Should be opposite, but that is their problem.

They want eveybody to think and believe that God is dead, they want all to believe God was not helping Trump, Gods contemporary ‘prophets’ was all wrong, NEVER trust them again they say with this operation (Acts 2:17). They create a situation saying; God is not helping us, God is dead, on a deep level people will feel what the masons of B’nai Brith for this satanic setup to discourage. It is not true. Trump is part of the plan to make this dystopic and discourage, God is dead they say with this, trust in your Masters, we help you, where God can’t. They say in symbolic language.

But keep the faith. Keep on from a higher ground than the Trump-movement defined ground.

THIS is their goal, to bring you all the sadness that truth and justice was not happening this time either (that means God is dead, in masonic language):

«and the multitude, disillusioned with Christianity, whose deistic spirits will from that moment be without compass or direction, anxious for an ideal, but without knowing where to render its adoration, will receive the true light through the universal manifestation of the pure doctrine of Lucifer»

«Deistic» means that God created us, and will leave us here, all by ourselves, with no intervention, so Satanists can do as they please.

Americas evangelistic movement all going for Trump and his 2nd period, it is all part of the Plan, discourage Christians, this Plan:

«We shall unleash the Nihilists [Antifa&BLM] and the atheists, and we shall provoke a formidable social cataclysm which in all its horror will show clearly to the nations the effect of absolute atheism, origin of savagery and of the most bloody turmoil. Then everywhere, the citizens, obliged to defend themselves against the world minority of revolutionaries, will exterminate those destroyers of civilization, and the multitude, disillusioned with Christianity, whose deistic spirits will from that moment be without compass or direction, anxious for an ideal, but without knowing where to render its adoration, will receive the true light through the universal manifestation of the pure doctrine of Lucifer, brought finally out in the public view. This manifestation will result from the general reactionary movement which will follow the destruction of Christianity and atheism, both conquered and exterminated at the same time»
https://www.threeworldwars.com/albert-pike2.htm

Lin Wood just stated at abt. 44:00 in a video with X22 that Caeser claimed Jesus was blashphemous, saying he was God. That is untrue quote of the Bible. Kaifas said that. Pilate washed his hands (Matthew 27:24) and stated he will have nothing to do and is innocent with the crucifiction of this man, didn’t want anything to do with Kaifas claims to have Jesus Christ hanged to death. My trust in Lin Wood died. He is working for the People in power, heads of Federal Reserve System and the AIPAC, the realRulers of America. Giving false hopes only, to avoid civil war while they transform the American society to tyrannical marxism.

Military have already conceded for the bolshevic Jews of Biden: 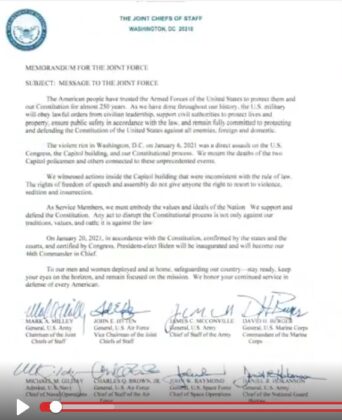 If God is deistic, howcome this can be guaranteed:

Many people is not as godly as they pretend. God say to us we shall be victorious, not to be loosers. Jesus Christ assured us VICTORY over Satan and the satanists on the cross. It is just a matter of time before it happens.

Keep the Faith. Stay away from the people claiming to be on Jesus Christs winning team, but try to plant dystopian and discouraged feelings and emotions in you. They are satanic.

Q-anon and rumors of military takeover on behalf of the good guys, is just a psyop. The Bolshevic Jews did the exact same thing in Russia 100 years ago. The Q-Anon scheme is a very well directed sting operation ala the boshevic Jewish «Operation Trust», today it is «Trust the Plan». Same shit. 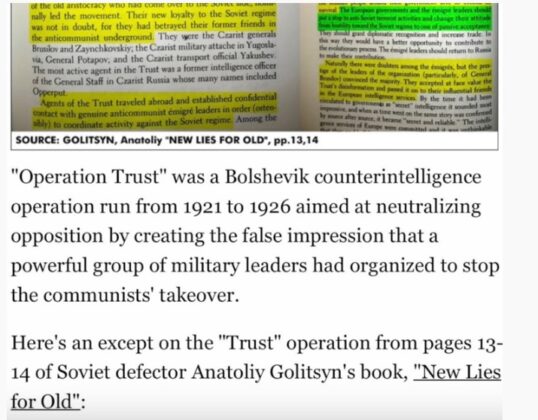 At the end of this sting operation some years later, the bolshevic have industrial exterminated 66 million Christian Russians, og the RUS-people (RUS means Scandinavian), and replaced them with mongolians and asians, who is regarded as Russians today. Look now Biden will open borders immidiately to get their killers and murderers into America. Same as this same people was doing in Russia from 1917. God would not favour JUSTICE if the payback time for the Jews is not coming upon them as according to the Bibe.

«This is how you knew Trump wasn’t going to win the election. With all those fairy tales of the military seizing servers and what not. All that language was designed to ensure the American militia never got off its collective fat asses.» (Source).

Psy-Op Exposed! Why Are These People Lying To Us?

God is no respecter of evil, lies and satanic deceptions, making men slaves of Satan and satanists.

Jesus has been hijacked by the right wing fundamentalists and the time of his liberation from the antichrists is NOW. Christ was no Christian, that term was not even coined until three decades after he walked the earth. But JC was a social justice radical revolutionary Palestinian devout Jewish road warrior who challenged the job security of the temple priests and disturbed the status quo of the Roman Occupying Forces for teaching subversive ideas such as all people are equal and valuable.