Biblical we are told to do what is Gods Will, whatever happens. We are told not to not to be afraid of those who can kill the body, but not the soul (Matthew 10:28). Fear God, who can kill BOTH the soul and body, is the message from above.

Photo (CC 3.0, no changes) . When ALL music artists sign up contract with the music industry owned by the talmudic Jews, Illuminati, they are really signing a pact with the Devil. After todays definitions Jesus Christ was/is an antisemite. Who like Jude, Caiphas, Barrabas and Jesus babykiller Herod I & II anyway.

The «antisemites» share a common destiny with the «antisemite» Jesus Christ, who the «Semites» hates with a passion.

There was a reason why Jesus and the apostles had to speak in parables («they» sought to kill them, Joh. 5:18, 7:13, 20:19). Kanye West have just promoted Jesus as King of the World, and the Jews was going bananas, THEY are about to become kings of the Worlds kings, they aspire for through their Moshiach evil bastard Klaus Schwab (WEF) (Isaiah 9:6) (economics, Rev. 20:7), Bill Gates (pharmakia, Rev. 18:23) & George Soros (multiculturalism, Color Revolutions, Rev. 6:8).

A Jewish organization is behind the entry ban for David Icke in 26 european nations – also in Denmark for his «antisemitism»; https://perbraendgaard.dk/2022/11/16/joedisk-organisation-staar-bag-indrejseforbud-til-david-icke-ogsaa-i-danmark/ That marks the Kings of the World, the New Babylonian Emperors, replacing Jesus Christ as our kings King (Isaiah 9:6), the babylonian Jews have hijacked that position Jesus had for 1000 -2000 years in Norway / Scandinavia. King of our kings, now it is the Jewish King in Davos mr. Klaus Schwab they report to https://www.riksavisen.no/norway-one-thousand-year-under-christs-reign/, after he bound the babylonian Jews on the cross, for the same time, Revelation says they will be let loose a short time in our time (Rev. 20:7), to do their satanic evils.

«When you sign a music deal you sign away your rights. Without the masters you can’t do anything with your own music. Someone else controls where it’s played and when it’s played. Artists have nothing accept the fame, touring and merch» – Kanye West

A few artists manage to break free form Satans and Synagogue of Satans (Rev. 2.9 & 3.9) grip over their souls and careers;

John Lennon ultimately, Michael Jackson, Kanye West, list is longer, but when they break free they become dangerous for the same talmudic Jews who for thousands of years have aspired for World dominance and hegemony, and got Jesus killed for the same purpose, not helping them anymore in their aspirations, on the contrary.

IF only one of those megastars with millions of fans break free, the Jews would be toast, their aspirations as World emperors would be killed in one day, IF i.e. Michael Jackson had taken the tour he had planned, and exposed them. 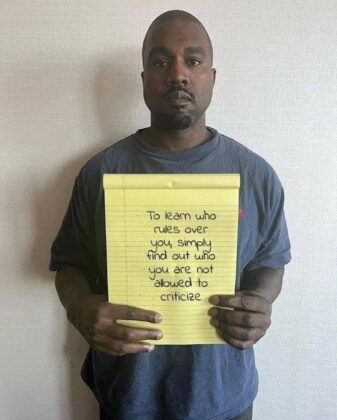 Kanye West had this to say:
👇

Kanye West and Kyrie Irving is not alone. There is an endless list before them. We shall cover just a few here (might be updated later with several more persons with integrity saying against evil, the Evil Ones).

Kanye West must go through a Michael Jackson ; » ‘They’ are steeling all my money, they are leeches, they do it on purpose», said MJ
https://www.thesun.co.uk/news/8713104/michael-jackson-anti-semite-branded-jews-leeches/

Did Aaron have some dirt to spill on how he was exploited (potentially financially and physically) by powerful jews in the industry?

(Kyle of renegadetribune is fantatic christ-hater, but he got something right)

Aaron had previously stated that he was Jewed by Sony. Literally, he said, “Sony jewed me.”

Kyrie Irving need to say I’m sorry to the Jews….. like a modern Kinta Kunte for his Masters of the Master Race.

«Sorry Jews, I didn’t mean it»

When will the Jews say they are sorry for getting Jesus Christ killed ? 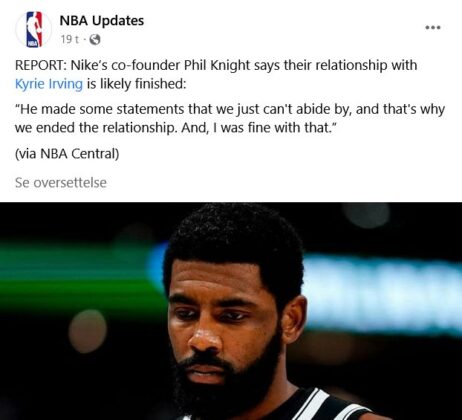 «Can not buy or sell (out of money) without worshipping the image of the Beast» (Rev. 13:5)(The talmudic Jews are the Beasts, the wounded Babylonian system is healed, Revelation 13:3-4 (the wound Jesus Christ gave their aspirations on the cross). Jewish New World Order are the Beast, a Beast system). 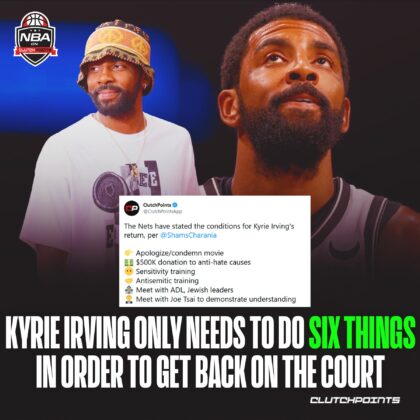 Sangen «What about us» (Michael Jackson);

«Jew me, sue me
Everybody, do me
Kick me, kike me
Don’t you black or white me
All I wanna say is that they don’t really care about us»

Michael Jackson was «taken care of» by the freemasonic doctor. He fell partly for his own stupidity, didn’t know his enemies enough, as per Sun Tzu. They murdered him, and HE must beg for forgiveness. That’s chutzpah I tell you, only a Jew can manage. Remember they look at things with the perspective «what is good for the Jews is good for the World» (everybody else). So they look upon it as a servive to Gud and humanity to «take care of » any opposing the antichrist Jews.

I would have said more correctly : «Look what THEY have done to the World»;

My christian friends here said it excellently, no need for me to repeat it, while Bush Sr. in a bar at  Dealey Plaza,  as this was his initiation into deception, in to loyalty to (((them))), and he was rewarded to become head of CIA and later President… Satan and the Synagogue of Satan (Rev. 2.9 & 3.9) rewards their own;

They need the nuclear weapons for the Samson Option, to keep the World in terror and threat of this insane peoples madness, if they don’t get everything as they wish, they will end it all, for everybody; 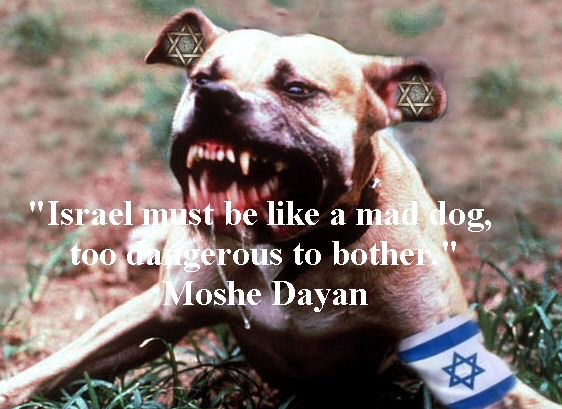 The Jews have tapped the White House and found they was exposed. So Jewish journalist Carl Bernstein and Bob Woodward got the job to take out Nixon. They created a big story out of nothing. After all lies and deception have been the force of the talmudic Jews of Edom (askeNazi, khazars) all through Bible history.

Nixon and Billy Graham caught on tape 1972 Nixon aide H.R. Haldeman first mentioned Graham’s anti-Semitic remarks in a 1994 book, which Graham strongly denied. But when audio tapes from the Nixon White House were released in 2002, Graham could be heard referring to Jews as pornographers and agreeing with Nixon that the U.S. media was dominated by liberal Jews and could send the United States «down the drain.»

The antichrist Jews aspire for World tyranny with themselves on top as Kins og the kings of the nations, sent a clear warning to all the top of states; «This is what we do, it can be YOU next time, IF you do not kneel for our powers«….. That is how they got hold of each soul in leadership of allt he nations of the World, #Epstein for Mossad included with his honeytraps for blackmailing.

«Billy Graham has to be put in a special category, because in the late 1940s and early 1950s he preached the Kingdom Identity message, but he found out that because of the animosity of the church world and the Jewish organizations, there was no money or fame in it. Or at least he didn’t think so; therefore, he changed his message from the «Kingdom Identity» message to the popular and accepted message of Judeo-Kristendom.»
https://www.riksavisen.no/uploads/MartinWillie_In-Children.pdf

«Is Billy Graham an Anti-Semite?
Graham should have known better, says his biographer, but he doesn’t deserve our condemnation» 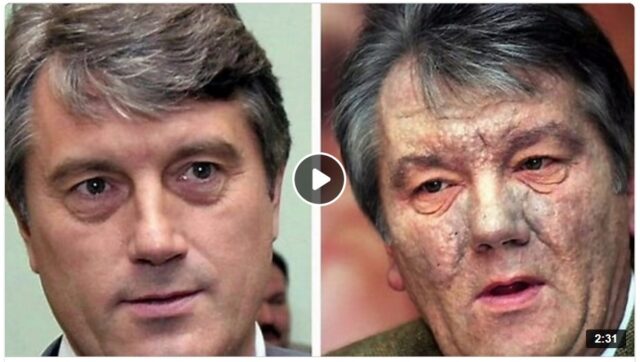 Why President Yushchenko had to be taken down and out ;

Yushchenko, Ukraine’s only president to recognize the Holodomor as genocide – bullied by the ADL not to compare with Holocaust
http://www.ukrcdn.com/2010/02/18/yushchenko-the-only-ukrainian-president-to-advocate-the-holodomor-bullied-by-the-adl-not-to-compare-with-holocaust/

Bring in the Jewish comedian actor.

Extremely evil people. Most of humanity can not understand this because they do NOT know that such antichrist evil can exist at all.. it is too far fetch for them.

‘Work for us as a politician or die‘ policy ;

There are a long list of others; Congresswoman Cynthia McKinney, https://www.facebook.com/CynthiaMcKinneyOfficial

The American people should be made aware of the trend toward monopolization of the great public information vehicles and the concentration of more and more power over public opinion in fewer and fewer hands.