The ones we call Jews today was initially perceived to be from the tribe of Judah. But Herod was a Jew of Edom. Barrabas was a Jew. Caiphas was a Jew. Annas was a Jew. Jude was a Jew. But Jesus was an Israelite. All the Apostles beside Jude was Israelites.

Today many Israelites believe they are Jews, and Jews believe they are Israelites, because occult rabbies have invented the lies to keep all the world in that perception of reality that it is true, what it is not. Israelites are the white race of Europe, the Jews are Khazars / askeNAZI and a range of other races they have copulated with since Esau and also Salomon started on that quest to crossbreed and create their own races, not happy with the races God created. Satan and satanists (Rev. 2.9 & 3.9) will always challenge God (since the time of Noah, God had to destroy the world for the same reason, cross breeding, only Noah was perfect; «These are the generations of Noah: Noah was a just man and perfect in his generations, and Noah walked with God” KJV, and that he “walked with God” (Genesis 6:9). Source : Herbert W. Armstrong.

A boxer, and a clever man, this is how an intelligent human being is speaking;

The Jews are half-castes, and wants the rest of the world to become the same, like them, destroying Gods natural mosiac. The Israelites are the white caucasians, lots of litterature on the matter here. Have you seen all the films and advertisement of black man with white wife lately on Netflix? They speed up their propaganda for their intentions. Stupid people will follow the popular vote. White man black woman is ok, not the other way around, in the christian traditions.

“The modern Jew is the product of the Talmud.”

“Edom is in Modern Jewry.”

In Genesis we remember the story of Jacob and Esau. Jacob become Israel. Esau become the Jew. Esau hated Jacob already in the womb of their mother, and tried to kill his brother several times.

God had to split them. Esau married caananite women and took residence in Idumea – Kingdom of Edom, south-east of Judea;

Edom means «red» in hebrew, means communist and socialists, of course, always them as recievers of the blessings of the taxes and the State. NOTE : We see that the Kingdom of Judah and the Kingdom of Israelites is two different kingdoms, more on that below. Jews as always place heavy tax burdens on people, the Israelites protested and broke away from the evil perpetrators.

When the Israelites was on the way out of in Egypt the Jews (edomites) was blocking the way for them so they had problem with the edomite Jews om way to the Promised Land. “Thus Edom refused to grant Israel passage through their territory, and Israel turned the other way” (Num. 20:21).

But later they let them through, as the Edomites was afraid of the Israelites God (naturally);

«You have been traveling around this mountain country long enough. Turn northward and command the people, “You are about to pass through the territory of your brothers, the people of Esau, who live in Seir; and they will be afraid of you. So be very careful. Do not contend with them, for I will not give you any of their land, no, not so much as for the sole of the foot to tread on, because I have given Mount Seir to Esau as a possession. You shall purchase food from them with money, that you may eat, and you shall also buy water from them with money, that you may drink». (Deuteronomy 2:3-6, ESV)

The Idumeans was conquerred in war by the tribe of Judah, and they got the option to be killed or ciscumcise their penises and become Jewish;

«The conquest of Idumea by John Hyrcanus I was the end of a long process. The tradition of a close relationship between Jews and Idumeans, or Edomites,2 goes back a long way. “Two nations are in your womb, and two peoples born of you shall be divided; the one shall be stronger than the other, and the elder shall serve the younger” (Gen. 25:23)».  https://www.mdpi.com/2077-1444/11/10/487

Very quickly the edomites took full control. Herod was an Edomite, trying to kill Jesus as baby, so Jesus shouldn’t compete with his kingship.

Judah and the Israelite’s split in two kingdoms, because the Jews put too heavy tax burdens on the Israelites. The Jews have always been a greedy cult, just they are today.

«When Rehoboam, Solomon’s son, would not lessen the tax burden, 11 tribes left the kingdom of Judah. The kingdom of Judah was only left to themselves. Jeroboam, the man who led the revolt against the kingdom Judah, set up his own worship system for the 11 tribes. This essentially made all of the tribe of Levi return to Judah. The tribe of Benjamin also came back to partner with Judah.»  https://biblestudyministry.com/israel-split-kingdoms/

The Assyrian captivities in Caucasus of the Israelites began in approximately 732-740 BCE. So in the times of Jesus there was not so many Israelites in Palestine. Most was deported, taken captive to Caucasus / Assyria.

From Assyria the norse leader Odin was for the Israelites lead them out of the Asssyrian captivity to Europe, as Moses was out of the Egyptian captivity, where they served the punishment for their sins, in both instances.

John 8:33 : «They answered him, “We are Abraham’s descendants and have never been slaves of anyone. How can you say that we shall be set free?”

Here we see that the Jews admit to Jesus they was never in Egypt, and than they was/is never Israelites, as all Israelite’s was captive in Egypt.

Jesus said to the Apostles upon his departure to be placed by the right side of God, as king of the Kings of this dimension when the Jews rejected him as Messiah: «But go rather to the lost sheep of the house of Israel». (Matt. 10:6)

Where did the Apostles go after Jesus left ? To Europe.

Jesus bound the Jews and Satan for 1000 years, than for awhile Satan and his People should be released, they will be sorcery and pharmakia (Rev. 18:23) for the last time they will challenge Gods right to RULE over His creation and put Jesus as his Commander in Chief of this sad World (Rev. 12:9, 20:7); The King of Peace.

The Jews can not make peace even in their own family’s purim dinner party. They have never been successful in anything. Jacob-Israels israelites have created the highest form of civilization ever seen.

All the Israelites became Christians, the white peoples in Europe > USA > Australia. They fullfilled Jesus commision and pact to bring the Gospel to all the World. Well done to my forefathers. One thousand years Norway survived as a christian protestant nation, we learned Martin Luther to be protestant.

The Jews are Talmudics. They have again waged a war against the Israelites. Place heavy tax burden on us again, climate-religion, climate-taxes, vaccinecosts, all deceptions they can invent to rob us of our money and resources. Again we must kindly ask the Lord to let us split, again.

150 years ago they was forbidden in our nation so we could preserve Christ as our King of kings in our nation. Now Christ is out of public life, because they hijacked the power;

H.G Wells in ‘Outline of History’ confirmed that the Khazars, the askeNAZI’s are of Edomite stock;

«The spiritual reason why the kingdoms split in two was that they would not serve God fully. Solomon began to rebel against God. That was the reason the kingdom was officially broken. It turned from one kingdom into two.» https://biblestudyministry.com/israel-split-kingdoms/

The edomite Jews was instructed the older (Esau) was to serve the younger (Jacob-Israel) , ref. Genesis 25:23; «The LORD said to her, “Two nations are in your womb, and two peoples from within you will be separated; one people will be stronger than the other, and the older will serve the younger.”».

«You shall live by the sword and serve your brother. But when you rebel, you will tear his yoke from your neck.”  https://biblehub.com/bsb/genesis/27.htm 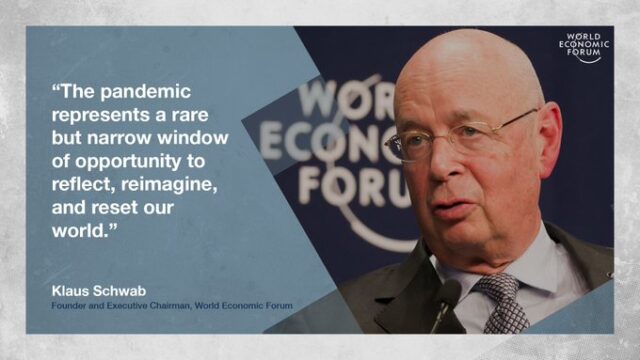 «Therefore rejoice, you heavens and you who dwell in them! But woe to the earth and the sea, because the devil has gone down to you! He is filled with fury, because he knows that his time is short.” – Revelation 12:12

The Jews are geared up to take the World this time, ‘first we take Manhatten, than we take Berlin’, sings the Jewish singer Leonard Cohen, and end with «I have seen the future brother, it is murder«. The Jews have grabbed all the powers in the world today, askeNAZI Klaus Schwab, George Soros, Bill Gates et al, evil maniacs, they will pay dearly for that, jfr. Ob. 1:18,

The Jews are in deep shit. Challenged God himself. God have chosen Jesus Christ as the King of kings of this rotten world. The Jews chose themselves as Kings.. I am very glad I am not in their shoes. They can kill us, Holocaust us, we can still claim VICTORY in Jesus name; The Gospel of the King of kings is all over the World, it is out there, to blacks, yellow, red and albinos, all over the World. We Did It !

The Lion of Judah, the root of Jesse, Jesus Christ, is soon coming back.  🙂

«And there shall not be any remaining of the house of Esau; For the Lord hath spoken it.» Ob. 1:18

Such is the Pavlovian device, repeat mechanically your assumptions and suggestions, diminish the opportunity of communicating dissent and opposition. This is the simple formula for political conditioning of the masses. Source: The Rape of the Mind: The Psychology of Thought Control, Menticide, and Brainwashing