Satan gave the Satanists their symbols. Remember God have sent us the Bible and the Prophets also. One of our contemporary Prophets are Johnny Cash. I am fully 100% in favour of good people of all races and creeds and nations stands united against evil, but not in favour of new Babylons, new Towers of Babel, and it is important we first identify the Ones of realEvil.

Never forget: Satan is a Globalist. God is Nationalist. One nation for each of the Peoples. The Masons of B’nai Brith is very strong in Canada. Will the truckers cause food shortages? Or what else kind of 666 is it ? ‘666’ is any kind of evil of and by man (not by God). God have forever destroyed the Tower of Babel. Jesus gave the Babelonians / Babylonians their death wound 2000 years ago. The Bible tells us in Rev. 13:3 that the wound is healed, and they will try one last time (Rev. 12:9, 20:7). 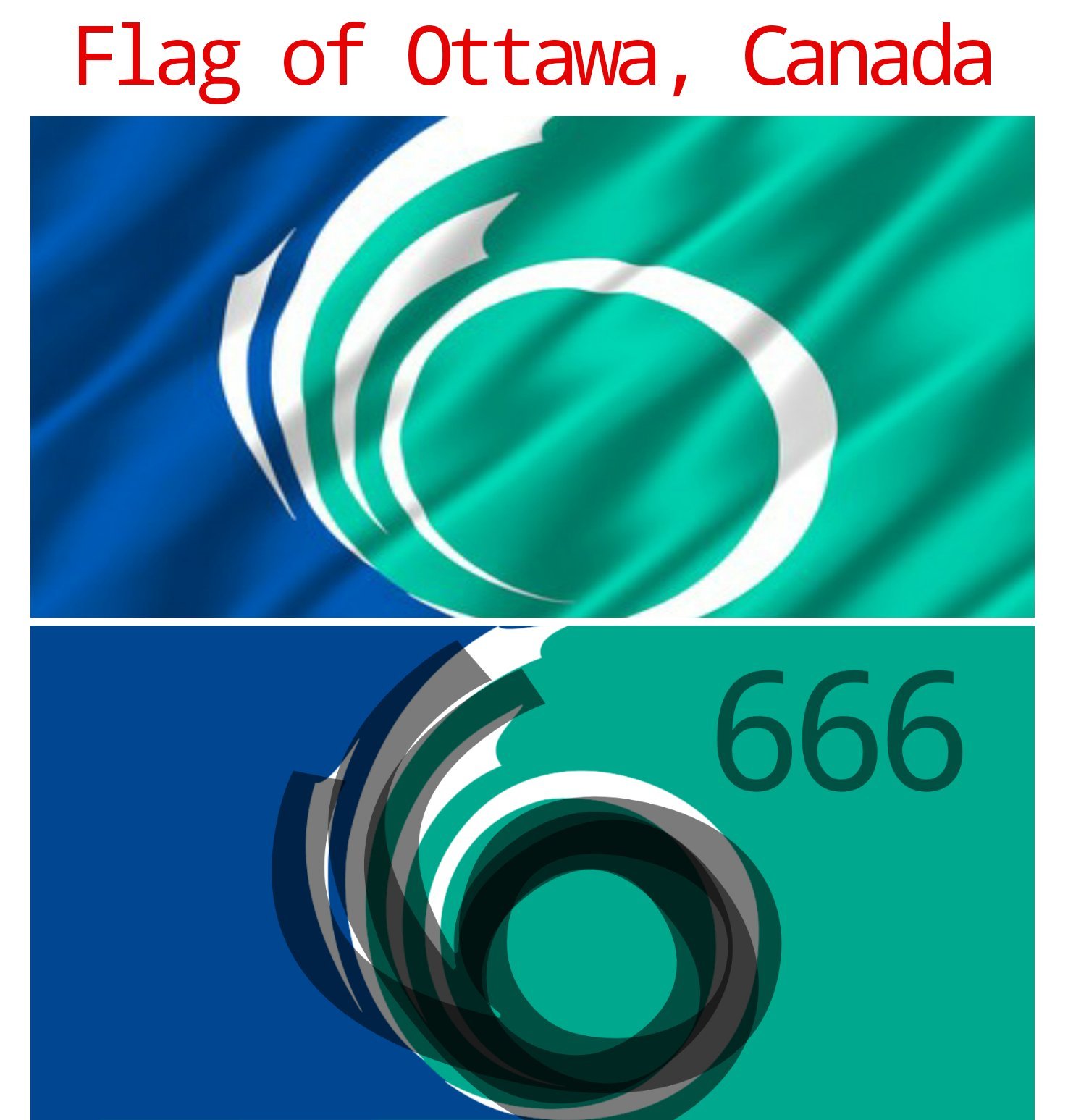 The Kalergi plan is working. Reality :

The white Christian race is the ones ripe for industrial extermination, by the Jews. The other Christians of all races will eventually come to our assistance, when Christ comes full force, as I wrote about here. The evil bastards will have to deal with it. The Bible tells us their destiny, the payment for their evil burning hate (Malachi 1:4, Ob. 1:8, 1:18). Be sure to look into this articles for full background :

Each people in their own nations is the ONLY way the People themselves can prove WHO is under the favour of God. In Norway we was Christian for 1000 years, before the Jews and Jesuits was allowed in, together with the rest. As soon as they settled down, today we are NOT a christian nation anymore. So is it with Canada, USA, and UK. 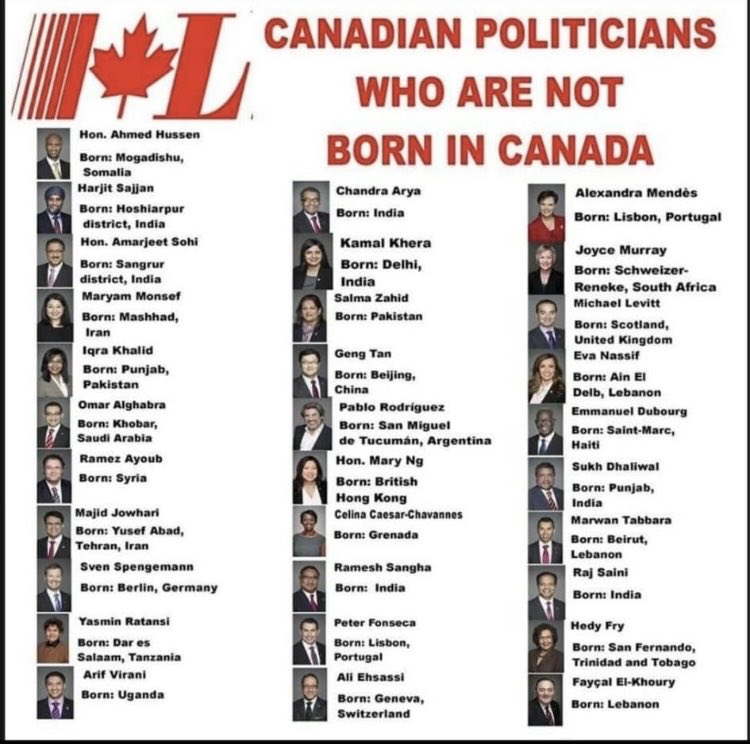 We shall be friends with all other nations and peoples of the World, but each nation is to consist of a people. It became like that after the satanists tried to construct the Tower of Babel, to challenge God himself. The talmudiic satanic part of Jewry will be frantic trying to uphold the illusion of them beeing gods chosen people. A lie. The Edomite Jews are Synagogue of Satan, ref. Rev. 2.9 & 3.9.

The ONLY way for God to show who exactly is HIS People, is to separate them, and let them compete.

For sure not the edomite Jews. They are ONLY in it for themselves, nobody else. The fruits of their labours will show who is who. The ONLY way for the edomite satanic Jews to be perceived as the Example Nation of God er per the Bible, is to rob and steal what we the white people of God built; the Christian white nations. The Lost Tribes of the Israelites in Scandinavia and Saxon nations have proven without any doubt WHO is the realIsraelites. Jesus told the apostles to go to the Israelites (abroad) when the Jews declined him. Where did the apostles go ? It is VERY important for the talmudic edomite khazar Jews, to destroy the white nations for this reason, so the World should perceive the ungodly political (NOT Spiritual or biological) Israel in the Middle East as gods chosen people. It is meant to exist purely for deceptive means.

Will you partake of that last offered cup?Or disappear into the potter’s groundWhen the man comes around?

Symbolism will be their downfall

Ottawa is out to celebrate diversity and multiculturalism. Justin T. Castro the edomite bastard prime minister of Canada, is in on it all the way. His an excellent actor in Service Of Satan (SOS).

Ottawa is said to be a city known for its diversity, adulterous population, political power and its constant flaunting of the mark of the beast—666. That means just another Sodom & Gomorah, a Sodom & Egypt, New (multicultural) Babylon. International edmomite Jewry is very strong in Canada. You are imprisoned by saying the least against them and their agenda. Christians is ordered to keep out of ANY Babylon. We are NOT living according to the Babylonian Talmud. The satanic part of Jewry is doing that.

«Ottawa, a city known for its diversity, adulterous population, political power and its constant flaunting of the mark of the beast—666. «

Like they say in the COVID.-hoax: We DID IT, TOGETHER (celebrating, making people proud).

Please NOTE – it is the DIVERSE people who sing.. It is NOT the white people.. #FreedomConvoyCanada

It is the DIVERSE nation that is celebrated.. Satan is all for #Globalism and #DiverseNations #Ottawa666

FreedomConvoyCanada is actually a masons of the B’nai Brith operation. Celebrating diverse nations. They train people to be proud of their «achievements», for their «diversity».

The halfcaste jewish bastard Justin Castro can be anything: 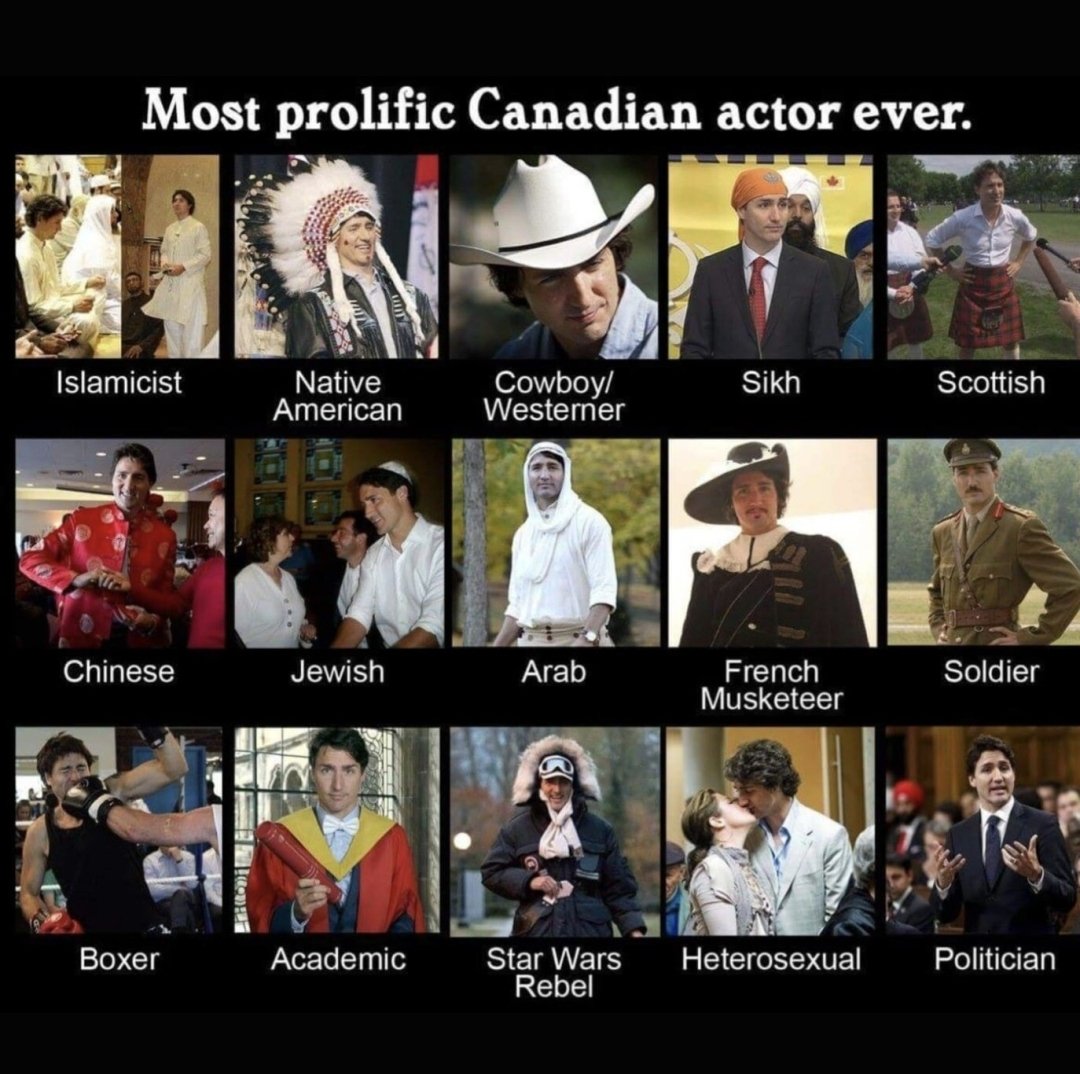 There will be arab, chinese, Jewish, black and latino nations

But NO white nations (maybe Russia excl). But there is no good guys. ALL is controlled. They are just both sides given different sides to play by Satan; Good cop – Bad cop game. «Control both sides», Lenin said:

(((THEY))) of Edom #BnaiBrithMasonry are very evil.

There won’t be a virgin left, to bring into manifestation the New Jesus, as (((they))) see it. (((THEY))) will celebrate the fact their arch enemy is desimated. It goes all the way back to Esau’s hate of his brother Jacob. That is a hate they of Edom will suffer more from than we Israelites will (Malachi 1:4, Ob. 1:8, 1:18).. 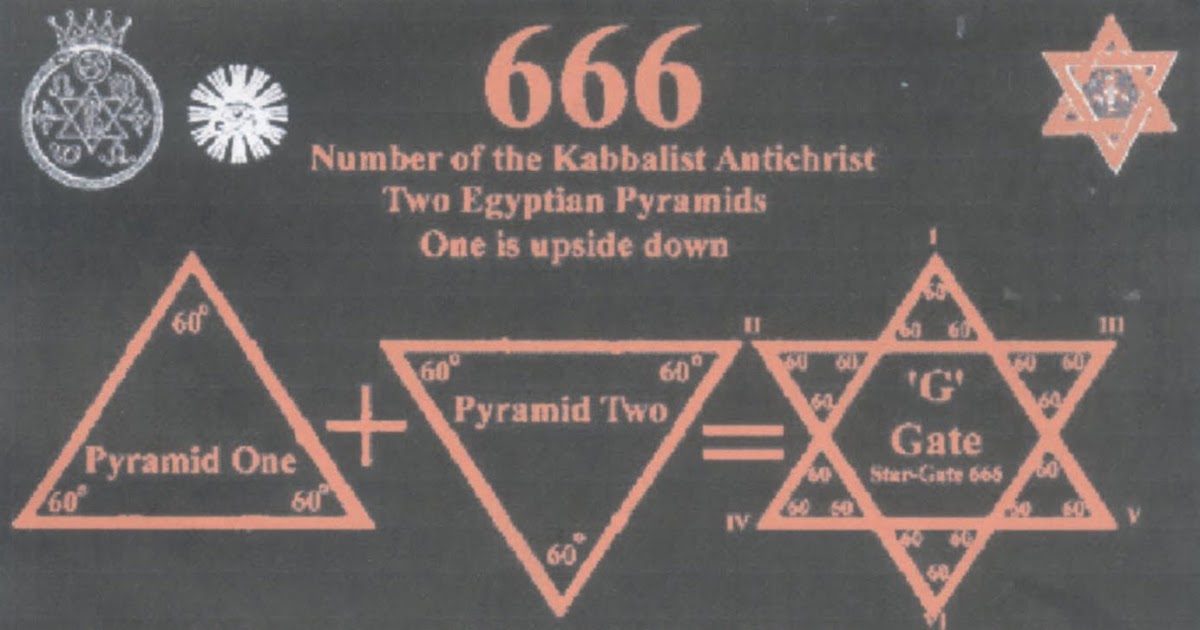 They can kill us, but they can not teach us to be the harbingers of their kind of hate and evil.

There will not be enough white men.

They know perfectly well as me that by diversity, the white women will seek those available who is popularized in media as potential spouses, the black people will copulate with the white women. It will take less than 50 years, there is not a single white person left. A world full of bastards. Not the races as God created them, but the bastards as Satan created them.

There will be plenty bastards as Obama and Justin Castro, but not white people anymore. It have already started, the advertisement agencies and TV commercials have all a white wife to a black man – a white/white relationship is unusual to see anymore in white mans nations:

IF it wasn’t that God give the World WARNING, through Johnny Cash and me.

Don’t worry. For the people who hear their Master Jesus voice, there WILL be a «ladder reaching down», Jacobs ladder. The stupid of the white race must go, the brave and godly will be taken care of.

BEWARE of the very DIVERSE Justin Castro… It is all in the PLAN. #Ottowa666 #CelebratingDiversity (in white nations ONLY)….

It is the culmination of the Kalergi plan. Bnai Brith #Masons are clever under the leadership of Satan, but NOT more clever than us Christians with the Holy Spirit 🙂

It is the FINAL battle…. for the white People of Israel.. Jacobs ancestry.. Edom, Esaus sons HATE is still burning in (((their))) bones #JacobsLadder WILL reach down Johnny Cash warned us.. the «MAN» is here…. But as Johnny Cash is singing, God will reach down to His People, a mighty hand of grace and mercy is there, coming «out of the blue», don’t worry. Jesus says «In this world you will have trouble. But take heart! I have overcome the world.” – John 16:33; 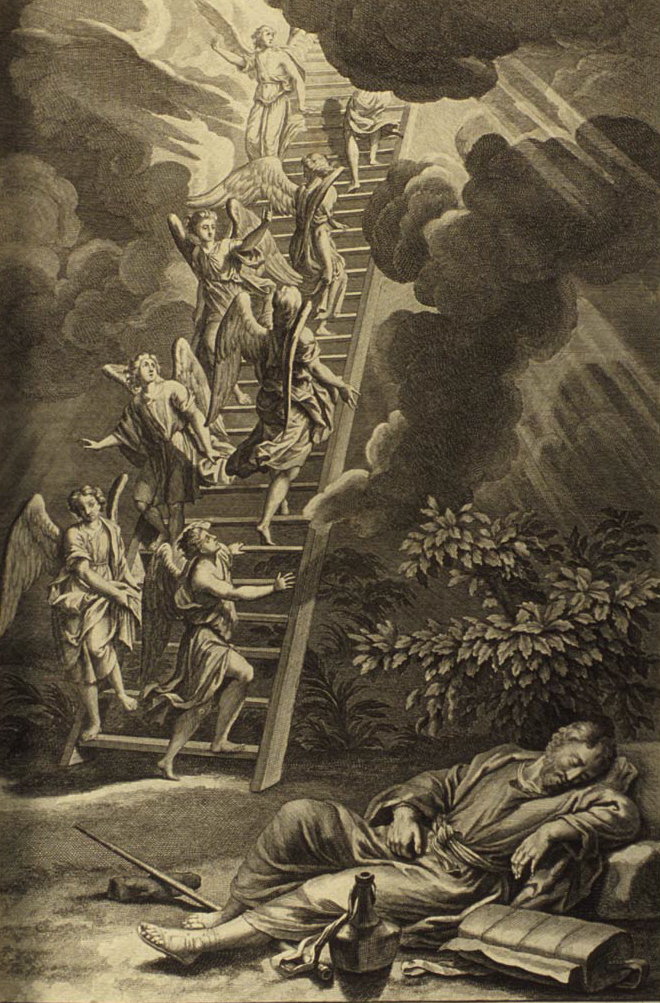 In #Ottowa666 they have all of us CELEBRATE the diversity… It is a good thing people stay together against evil.. but NOT if the fruit of that KIND of DIVERSITY is death and destruction of a full race of Israelites.. Joshua was ordered; Shall dwell alone..

Those who will be good, is those who put their full and 100% thrust and faith in God, in the name of Jesus, the Christ. They can do you nothing evil than, that is not approved by God. Remember :

Dogma demand authority, rather than intelligent thought, as the source of opinion: it requires persecution of heretics and hostility to unbelievers: it asks of its disciples that they should inhibit natural kindness in favor of systematic hatred.