From the early centuries of the first millennia, the Khazars of Eastern Europe were known as the diabolical “Serpent People”. Growing DNA genetic evidence confirms that the Jews are not the descendants of Abraham. Instead, they came from Khazaria, of which Kiev, Ukraine is the capital.

«The Khazars, identified in Revelation 2 and 3 as the wicked «Synagogue of Satan,» are further identified in Ezekiel 38 and 39 prophetically as the people of Gog, from the land of Magog. Prophecy clearly tells us that this warlike serpentine people shall invade and conquer Israel first, then go on to plunge the entire planet into chaos and warfare (Revelation 20).»

On May 6, 2014, the deputy head of Dnipropetrovsk, B. Filatov and Ukrainian oligarch Kolomoyski announced a plan to build a New Zion: Promised Land in the Zionist liberated Ukraine. Kolomoyski’s fellow Jewish oligarch Petro Poroshenko is the current president of Ukraine.

The radical Zionist Chabad Jewish sect in the United States wants its community to move to Ukraine, their original Khazarian homeland.

Jews, who make only 0.2% of Ukraine’s total population, have total monopoly over country’s government, media and finance. In 2005, professor Vasyl Yaremenko in an article, entitled ‘Jews in Ukraine today: reality without myths’, wrote: “Ukrainians need to know that the mass media is completely in the hands of Jews, and everything that we watch or read is the product of Jewish ideology…”

In 2009, Jewish historian and author, Professor Shlomo Sand (Tel Aviv University), claimed in his book that Jewish people were invented a century ago. In 2012, Dr. Shlomo published another book, ‘When and How Was the Land of Israel Invented?‘. Read more here.

Texe W. Marrs is an American Christian preacher, writer, author of several books and president of Power of Prophecy Ministries, based in Austin, Texas. He has already earned the titles of “anti-Semite” and “conspiracy theorist” from the US Jewish Lobby. In a recent article Texe Marrs claims that Jews are planning to turn Ukraine into second Jewish homeland.

“The rabbis teach that in the eighth century, the entire nation of Khazaria converted to the Talmud and Kabbalistic Judaism. Adopting the sordid, but occultly revealing sex symbol of the six-pointed star, the pagan Khazars, known for centuries as the “Serpent People” battled against both Christians and Islamists. Later as converted “Jews” they migrated to Poland and Eastern Europe. Today they are found mostly in the USA and Israel,” Marrs wrote. Read the rest of the investigative article on Marrs website here. 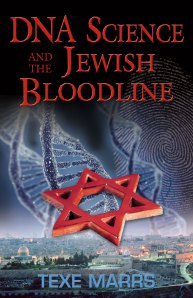 DNA Science has today confirmed this Khazar lineage of the Jews. I document this in my definitive book, DNA Science and the Jewish Bloodline. The 2012 genetic discoveries by Dr. Eran Elhaik of the prestigious Johns Hopkins Medical University, prove that the Jews are not of ancient Israel but originated in Khazaria… It has now been followed by other high-level scientific research.

The Hidden History of the Incredibly Evil Khazarian Mafia
Secret History of Khazarian Mafia and its evil plan to hijack the whole world now revealed for first time.
https://www.veteranstoday.com/2022/03/10/the-hidden-history-of-the-incredibly-evil-khazarian-mafia/

The ruling class has the schools and press under its thumb. This enables it to sway the emotions of the masses.